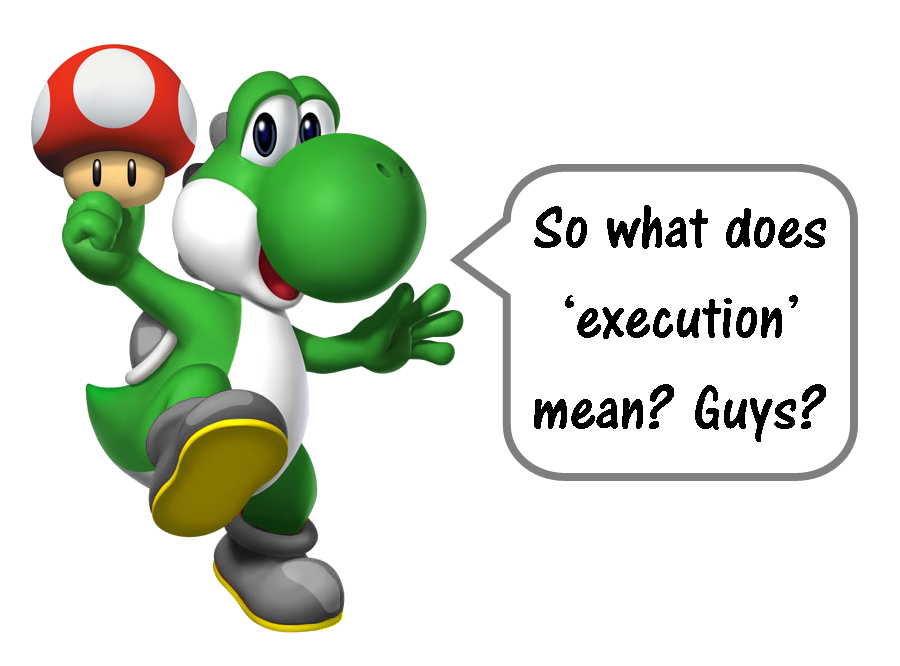 The stage is set. Mario’s desire for a male child is an ever-growing concern. His first wife, Pauline, has failed to produce the heir he craves. Age and stress have taken a toll on her body. Mario wants a new, younger wife that will secure his succession, and the vibrant Princess Peach has presented herself as an appealing alternative. A major barrier stands between Mario and his new wife: Bowser refuses to allow Mario and Peach to marry. How will Mario solve his Great Matter?

Last week I introduced a revision lesson that I use with Sixth Form students studying the reign of Henry VIII. The lesson uses the Mario games as an analogy for Henry VIII and the impact his actions had on the English Church. It’s a great lesson for everyone involved and the students recall a huge amount of information through the activity.

You can click here to read Part One, otherwise here is a summary:

The discussion up until this point takes about twenty minutes. With the four main ‘characters’ introduced, the next stage is to add the important details. This is also where the analogy really stares to shine. It’s not perfect, but it does a really nice job of summarising the ‘Break with Rome’. On the downside, not every Mario character makes it to the end…

This is Luigi. He’s a supporter of Mario and his skills and power are arguably on par with the man he follows. Where Mario goes, Luigi will follow. If Mario needs him to jump to a high ledge, Luigi will do it. However, Mario is aware that his ‘loyal’ supporter can’t really do more than he can. Furthermore, Luigi will often grab coins and power-ups or let Mario fall when he could have saved him.

Unfortunately for Luigi, in this comparison he plays the role of Cardinal Wolsey. Whilst this man answered to the King, he also held great power due to his role in the Catholic Church. This was the man that Henry put in charge of securing him an annulment. When Henry realised that Wolsey wouldn’t be able to convince the Pope to end Henry’s first marriage, Wolsey’s loyalties were questioned. Wolsey would become one of the first victims of Henry’s Great Matter. He died of illness before he could answer accusations of treason.

When everyone else fails, Mario can rely on Yoshi. This dinosaur acts as a friend and noble steed, capable of running fast and jumping high, carrying Henry to greatness. He can also take down Mario’s opposition with a flick of his tongue, and make light work of potential threats. With Yoshi alongside him (or beneath him) Mario is able to go further and achieve so much more.

With Wolsey out of the picture, Henry needed other ministers to fill his place and assist him with his divorce. Enter Thomas Cromwell. This man is one of, if not the mastermind behind most of the actions that Henry and the English Parliament took to secure control over the Church in England. By the mid 1530s Thomas Cromwell not only spearheaded legislation that placed Henry at the head of the Church of England, but also made the crown wealthy and powerful. His power increased too – I’d argue his one of the most powerful politicians in history – and up until 1540 any major change in England involved Cromwell in some capacity.

These are Toads. There are several Toads that follow Mario on his journey through the Mushroom Kingdom. They try to make themselves as useful as possible, and always show a positive face to Mario. None of them are as powerful as Luigi or Yoshi, but they each support the search for Princess Peach as best they can.

This will start to really test student memory. There are lots of ministers and supporting parties in Henry’s England. Each minister holds their office or position of authority due to their positive relationship with the King. The students should recall the names of several people – More, Cranmer, Howard, etc. – as well as the role they play in Henry’s Great Matter.

These are Power-Ups. In order to reach Princess Peach, Mario seeks out several new abilities that give him greater strength. These Power-Ups give him new ways to dispatch his enemies, make him invulnerable to attack, or make his quest much easier.

As with Toad, it’s up to the students to form their own interpretations. Each Power-Up should be connected to one of the new English laws that altered the political or religious landscape. The Power Star might represent the Act of Supremacy, (which officially made Henry head of his own Church of England) thus making him ‘invulnerable’ to the Pope’s control. The Fire Flower could represent to Treason Act, which allowed Henry to dispatch anyone who questions his authority. The students will make their own inspired comparisons.

9) This is how Mario breaks blocks.

Thisis how Mario breaks blocks. On his way to claim Princess Peach, Mario will dramatically change the landscape. Brick blocks are destroyed, in some places whole levels are torn apart as Mario seeks out his new woman. A staggering number of creatures are affected by his actions, crushed beneath his feet or kicked to the side.

As Henry destroys blocks, he benefits from the destructions. Power-Ups are discovered in this fashion, and broken blocks also reveal lots of coins. The more he destroys, the more coins he finds. By the end of the game Mario is a wealthier, more powerful individual.

It’s at this point the analogy goes from ‘good’ to ‘great’, in my opinion. As Henry tore up the foundations of the old Catholic Church, he changes English religion, politics and society. Life and government in England was altered for the long term. Henry became a much more powerful King because he now controlled Church and State. Before the ‘Break with Rome’, a significant amount of money left the country through taxation. The wealth that used to go to Rome and the Papacy now stayed with Henry. Those that resisted Henry’s new laws and authority were executed or removed from office.

There was also a very physical ‘breaking of blocks’ going on in Henry’s reign. Under the King’s orders Thomas Cromwell tore down monasteries across England, in some cases brick-by-brick. The ‘dissolution of the monasteries’ had two major motivations – the monks represented the last resistance to Henry’s new powers and the staggering amount of wealth within the monasteries lined the King’s deep pockets. Henry was ‘breaking blocks to get coins’.

10) This is how Mario treats enemies and allies.

This is how Mario treats enemies and allies. It’s not just Mario’s opposition that can be crushed under foot. Some of Henry’s loyalist advisors are ditched the moment they resist him, or fail him in some way. Even loyal Yoshi is ejected the moment he makes one wrong leap. Mario won’t hesitate to jump off Toad’s head if it means he can leap higher.

Thomas Cromwell was a powerful individual by 1540. Not only had he ensured that the ‘Break with Rome’ was permanent, he’d dissolved hundreds of monasteries creating over £140,000 of profit a year for Henry (that’s about £80 million a year). Yet in 1540, Henry had Cromwell executed! There are several reasons – political backstabbing, Henry’s unhappiness over marriage #4, etc – but it really helps to hammer home how ruthless Henry was in search of power. In order to ensure his royal line, increase his power and find a marriage that pleased him, he would gladly imprison, execute and displace a cavalcade of people from all walks of life.  Ally or enemy, Henry is in some way responsible for the execution of 70,000 people. And most of them were executed, I feel I must emphasise, because his first wife wasn’t giving him the boy baby he wanted…

These steps were all I had time for in a one hour lesson. There are various ways that the analogy could be expanded into a second lesson. You could use Wario and Waluigi as representations of Henry’s opponents in France and Spain, for example. I’ve been happy so far with the results after one hour. I’ve been using this analogy for three years now, and each time a new idea or interpretation reveals itself. This year was the first time a class made a connection with Mario’s inclination for dropping into sewers and Henry’s personality. According to contemporary source his sense of humour was very rude and crude; he was a big fan of fart jokes…

I’d love to hear your thoughts on lessons like this. You might love or hate comparisons like this, or maybe a way to alter/add to the analogy.

Thank You For Reading!

One thought on “The Execution of Yoshi Cromwell”