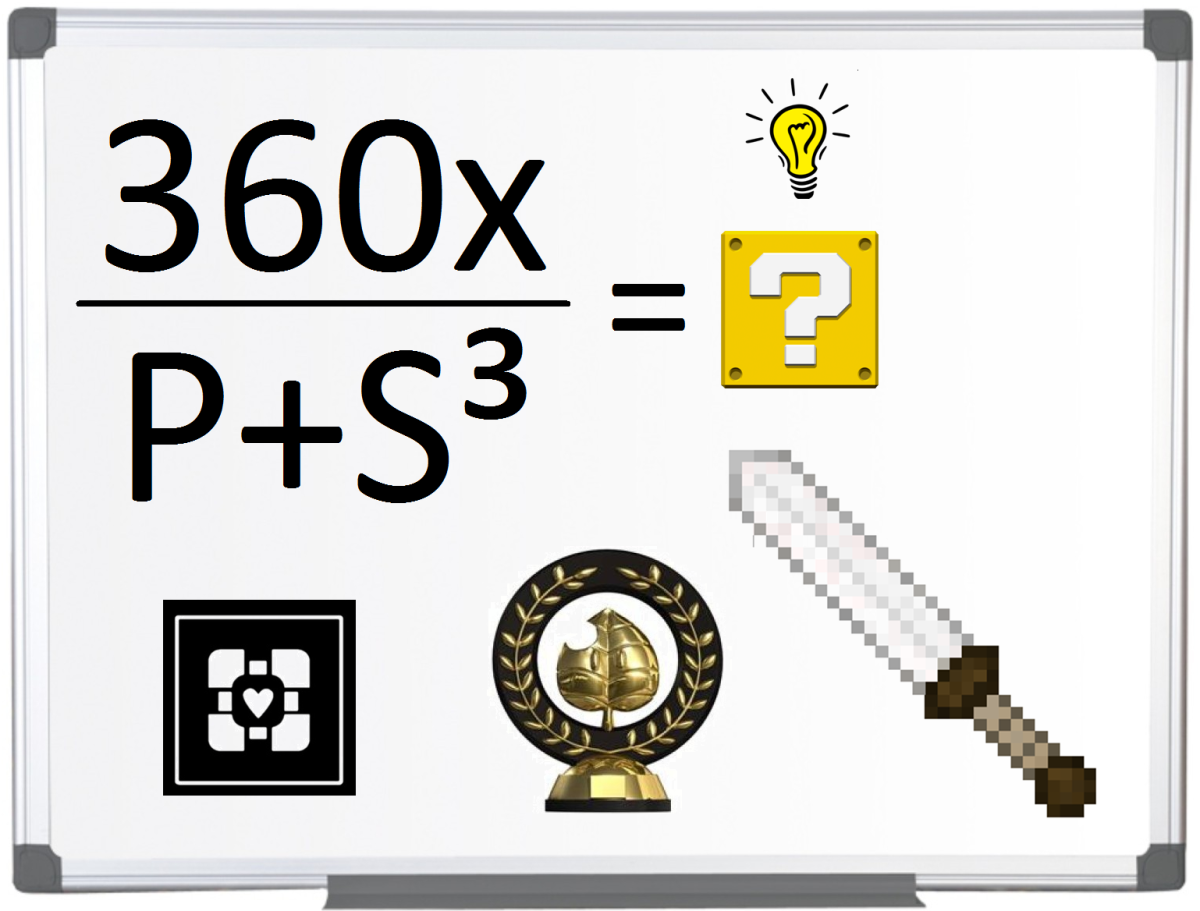 Teaching is a profession which can blend into your personal time. In my life, video gaming has become something that is scheduled; pencilled in amongst lesson plans and marking. I’ve not given up on gaming though. Not only because I enjoy it, but because gaming has actually been a benefit to my career. This is why I think being a gamer can have a very positive impact on any teacher:

1) You get to be the Cool Teacher

I am not a cool person. I’m okay with that. In fact, I wear my lack of coolness like a badge of honour, which in itself is a decidedly un-cool thing to do. From the beginning of school to the end of university I was content in the knowledge that the cool kids were not inviting me to their place to… do whatever the cool kids do…

That’s not what my students think. To the vast number of students that play video games, I am one of the ‘Cool Teachers’ (I realise that doesn’t sound very cool in itself). The very fact that I can even talk about games like Modern Warfare and Minecraft gives a major boost to my reputation. The most often asked gaming question I am asked is “do you have a PS3 or an Xbox?” and when I respond with “both” the amazed reaction is priceless. Now, of course, I’m nowhere near vanity to suggest that being liked by students is necessary. Some of the best teachers are good at what they do because they are strict and unlike-able. For someone like myself that lacks the experience, conviction and – to some extent – the age that can pull off a serious but respectable approach, the coolness gaming imbues any teacher with is certainly beneficial. Behaviour within class can be greatly improved when the students are on your side, and the resulting friendliness and approachable nature of students around school can have a wonderful impact on your day.

Then again, to the non-gaming students, I am still massively un-cool. That probably goes without saying.

2) You find new ways to teach

In a previous post I described how I have used a reference to a video game in lessons. In future posts I imagine I will explain a few more of these in-lesson tangents. Not every student will have played the game in question, or understand the reference; the aim is to get the students to explain their understanding to each other. I’ll use the most recent way video games have hopped into my teaching, mainly because it wasn’t even my idea. It happened by chance, and was suggested by a quick-thinking student:

During a lesson on World War Two (the outcome of Pearl Harbour, to be specific) the word ‘morale’ appeared. This is one of those words that students don’t understand at first glance, or confuse the definition with the word ‘moral’. In the past when students have asked what morale means, I’ve explained it to them with various different examples. When the word pops up again, some of the students can recall the definition. One or two will still struggle.

This year though, a student raised their hand and instead of the usual “what does morale mean?” I was presented with a very different question: “Is ‘morale’ of soldiers like the ‘morale’ in FIFA 13?” A dozen curious eyes flicked up from workbooks. Intrigued, I answered their question with more questions. I asked them what morale was in FIFA 13, what affected a player’s morale, and what difference it made to the team. Students who had played the game leapt to contribute, explaining what the term meant in terms that every student could appreciate. Not only did they begin to understand the concept in depth, but it lead into a great little discussion relevant to the topic. We discussed how morale would have been affected by the incident at Pearl Harbour, what impact the following declaration of war would have had on Americans, and how the morale of Allied soldiers in Europe would have been affected by America’s increased support.

The best thing about using references to video games is that the students can speak on subjects they already understand, and use what they already know to help them and those around them learn more.

3) You boost their confidence

The way in which someone responds to school life, their lessons and to their teachers is a big part of education. Many students lack confidence for various reasons. Reluctance to speak in front of the class; aversion to challenging tasks for fear of making mistakes; asking the teacher for more help… these are all issues that can hamper a student’s enjoyment of school. Many students who argue that ‘school is boooooring’ do so because they don’t feel that they can engage with the work, or they are afraid that they will make silly mistakes.

As a teacher, part of your responsibility is to foster a good atmosphere in the classroom, and a positive rapport with each class, that promotes a desire to learn and succeed. This is a big challenge for all teachers. Gamer-teachers have a real advantage here. Your love of games helps build that confidence. I remember the moment I first hint to any class that I am a gamer. The thought process is almost visible across their faces. Our teacher plays video games? A grown-up plays games like we do? Suddenly you are no longer the Autonomous Teacher-Bot 2000 that is stored in the cupboard overnight, but an actual human. Not only that, but a human that shares their interests. If students feel that they can talk to you outside of lessons about things that matter to them, it’s so much easier for them to talk to you in the classroom about the work they are doing. Even the shy, reserved, most insular characters will contribute in lessons, because there’s trust there. Even the non-gaming students will grow in confidence, because you’re now someone that clearly everyone else in the class can talk to, so why can’t they. Your awareness of gaming culture can also benefit you when it comes to new game releases. All students (and teachers) feel ill sometimes, we all have sick days eventually. However, sometimes student sick days seem to happen on the same specific day, and those students seem all better the next day. It’s sometimes hard to say for definite whether student sickness is genuine, but as a gamer you can be aware of reasons why students might be off.

Teacher: where is Little Timmy today?

Teacher: Is that because he was up all night queuing for Black Ops 3?

Little Timmy’s friends fail to look puzzled by the question.

5) You get to know who you are teaching

Sometimes simply having the conversation about games with students can tell you a lot about them. How many hours they spend gaming reveals whether their excuse for not handing in homework is genuine. The types of games that students enjoy can reveal whether that student will prefer visual lessons or something more active. As a history teacher myself, I like to know who has played video games that are relevant to a topic we are studying.

On one particular occasion, a conversation with one of my sixth form classes (17-18 year old students) revealed something quite surprising about the group I was teaching. After the end of a lesson the conversation turned to video games, and it became apparent that every female student in the class was a big fan of action games (particularly zombie games like Left 4 Dead), whilst the male students were either non-gamers or preferred more puzzle/platformer games. Because of this conversation, I subsequently began to notice that this mentality was reflected in what interested each half of the group in lessons: the female students were more interested in the gorier, conflict-based (and stereotypically ‘male’) parts of the topics we were studying, whilst the male students preferred the more subtle political goings-on within history, and had no preference for the violent features. Understanding the student’s gaming interests led me to tailor several lessons differently because of the demographic, as well as leading me to reflect on what ‘boys and girls’ typically find interesting in History lessons.

Can you think of other ways that being a gamer is an advantage for a teacher?  Does your chosen career get a boost in some way from your gaming hobby? If you’re thinking of becoming a teacher, did this post give you confidence that you’ll still be able to continue gaming?

Thank You for Reading.

5 thoughts on “The Advantages of being a Gamer-Teacher”